Conditions of togetherness (our work on care)

Charli Herrington’s conditions of togetherness (our work on care) evolves from a collaboration with Hache Collective (the Netherlands), an experimental ensemble who work in inclusive and non-hierarchical modes of music creation and performance; and artist Tomi Hilsee (Rotterdam, the Netherlands), the initiator of Tower of Love, a tower collectively built with found material and love in a quasi-squatted space in a park in Rotterdam. Herrington’s idea to work with Hache and Hilsee stemmed from the artists’ shared interest in care within artistic practice.

Since December 2019, Herrington and Hache have been working through ideas of collective practice, using interdependence as a form of resistance against conventional, exclusive and individualistic ways to work and live as artists. In a series of meetings, both in person and online, they have been generating conversations and experiments around care, shared labor and communication within collective artistic work. Before the COVID-19 pandemic began, Hilsee generously invited Herrington and Hache to use the Tower of Love as a space to perform at and to engage with. From this moment, and because of its collective, joyous and non-conventional nature, the Tower became the departure point for the artists’ collaboration. Although during the pandemic the group was not able to physically visit the Tower, the space continued to play a key role in their collaborative endeavor, with Hilsee providing care, references and inspiration.

The work conditions of togetherness maps the artists’ collaborative processes, by means of a film, an online performance, a curation of physical traces and Herrington’s research into care. The film documents the artists’ process while they work together. Beginning months before COVID-19 took hold, the events and dialogues featured in the film follow the creation of a score and a performance revolving around shared labor and friendship. It also shows the artists’ struggles and joys as the pandemic forces them to adapt their modes of working and being together.

Time, duration, the notion of love, and the difficulties of practicing care within collective work came together in a live web stream performance hosted by Herrington on October 6, 2020. The event began with a screening of the conditions of togetherness film, while the second part of the live stream presented a performance by Hache Collective, in which the group performed the work they co-developed with Herrington. 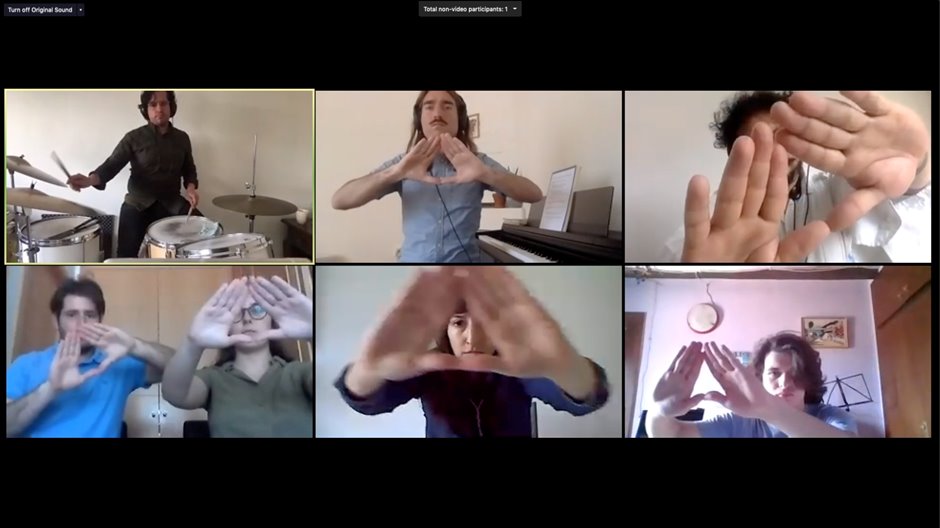 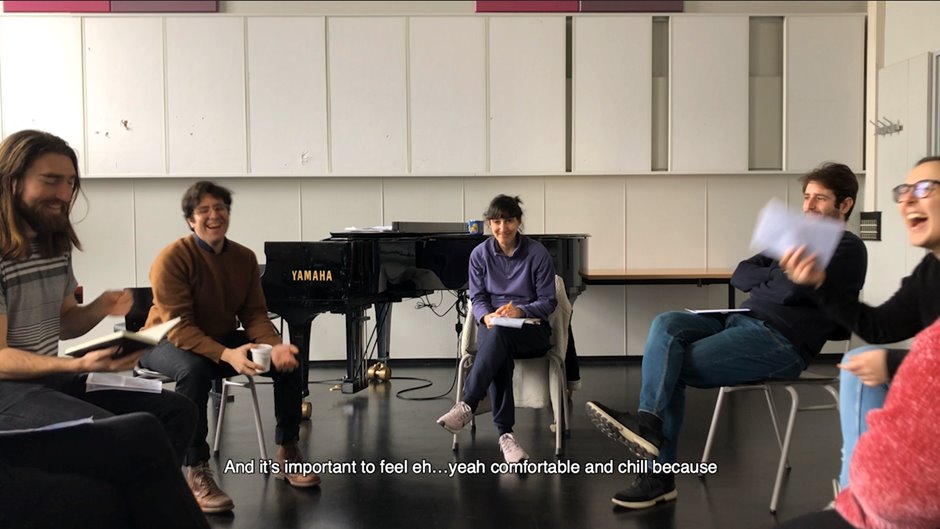