In celebration of 900 years of Utrecht, City Canvas is inviting five young artists to create a mural painting. Third in line was HKU alumnus Vincent de Boer. His mural in the Lamérislaan street is an impressive 40 metres high, making it the highest in Utrecht. The work was officially ‘launched’ with a festive drink on 20 October.

Despite his fear of heights, De Boer hung below the scaffolding in cables for days on end, across the 40-metre-high facade of the Lamérisflat. Painting the mural was also a challenge in a technical sense: the piece, covering about 500 square meters, is composed of horizontal paintbrush strokes. De Boer created special brushes for the job: ‘the have the exact breadth of several bricks, so that we could add a horizontal stroke in one draw. Like some kind of human printer, we worked from top to bottom. Quite exciting, actually.’ While realising the work, the HKU artist was assisted by artist collective De Strakke Hand (‘The Steady Hand’). 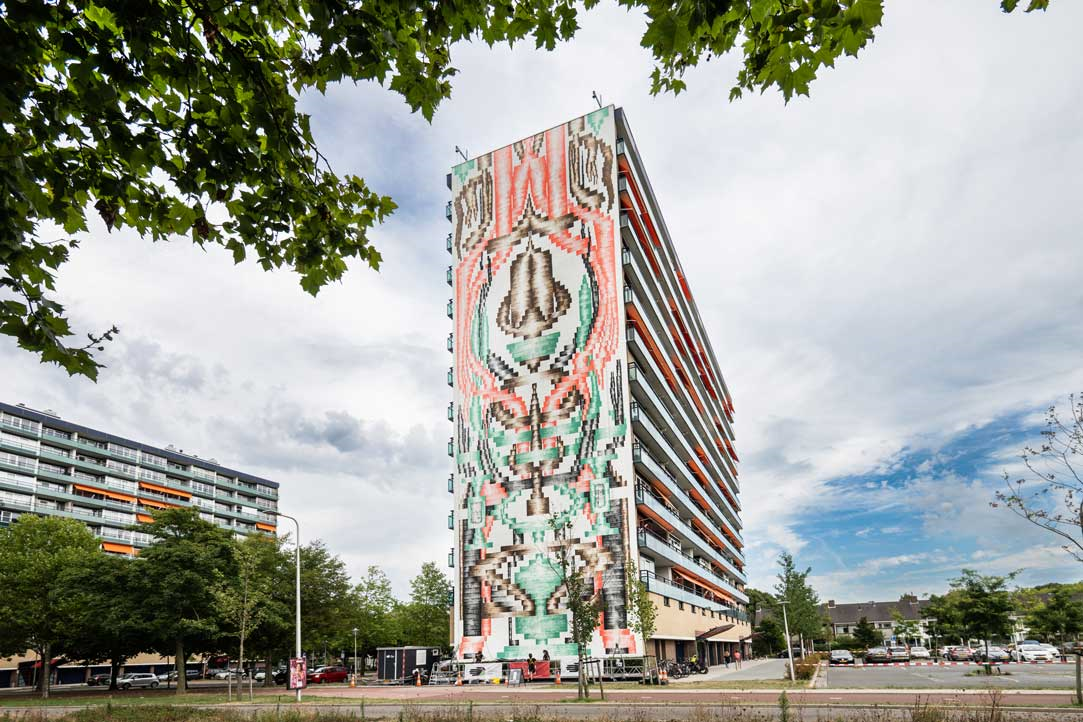 With his artwork, De Boer reacts to the strict design of the city’s public spaces. ‘In Utrecht and our broader society, much is approached in a linear way. While humans, the earth and all her processes are not, and more organic in nature. This work doesn’t display its true self, or what you ‘must’ think of it. Instead, it calls upon the imagination of those who pass by it. I hope that the residents, even after looking at it for years, keep discovering something new in this image.’ 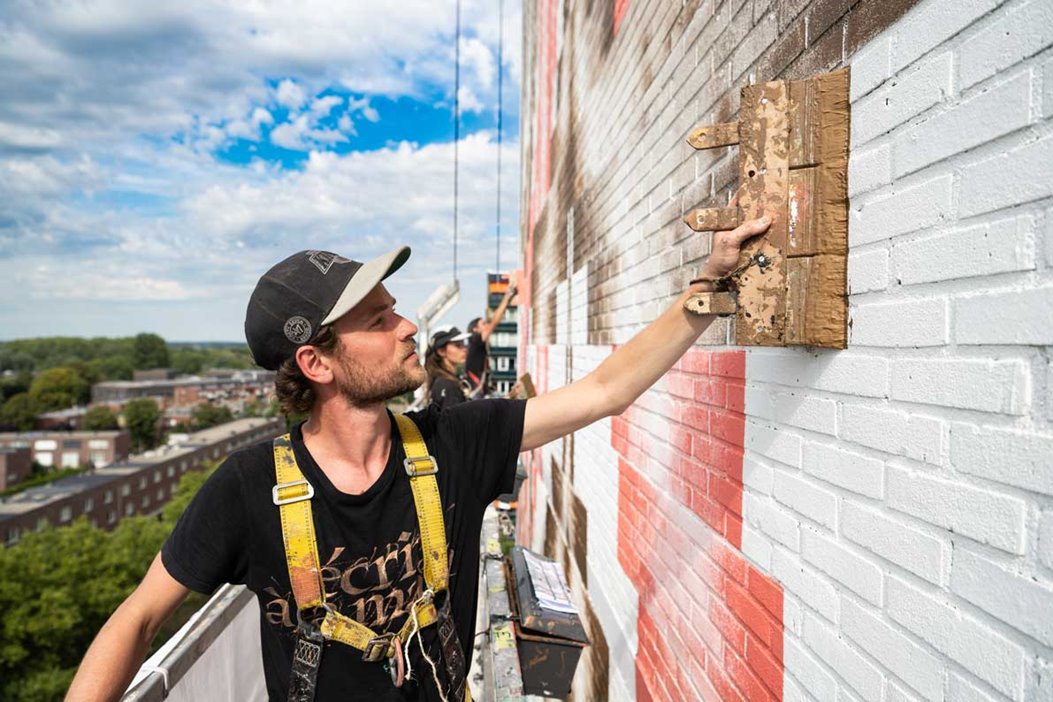 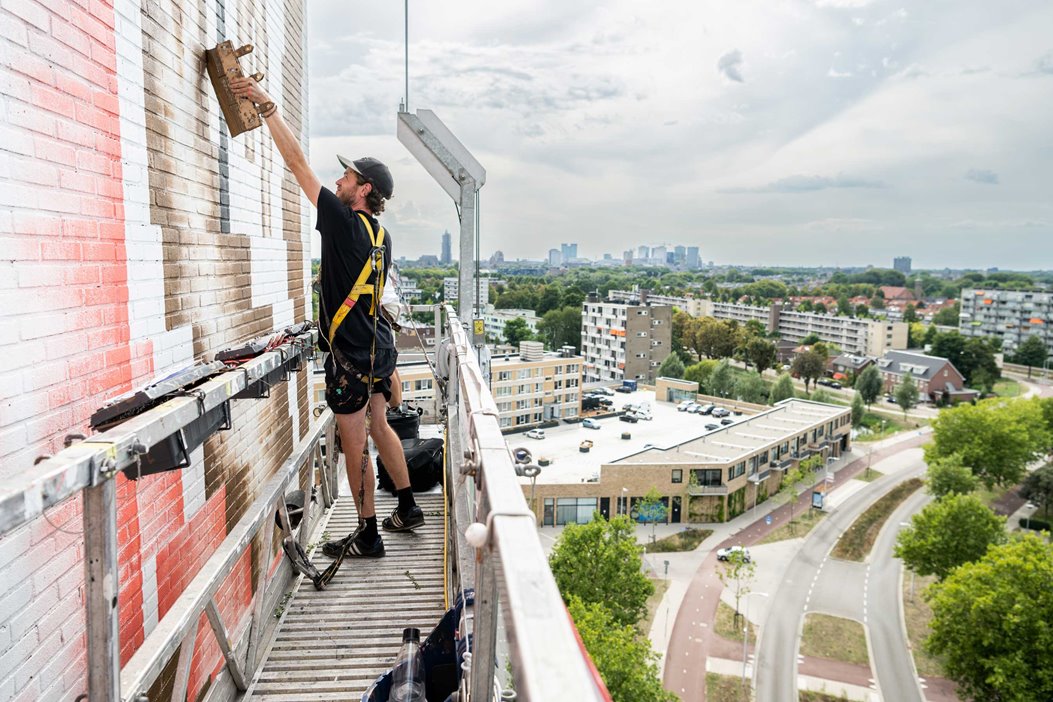 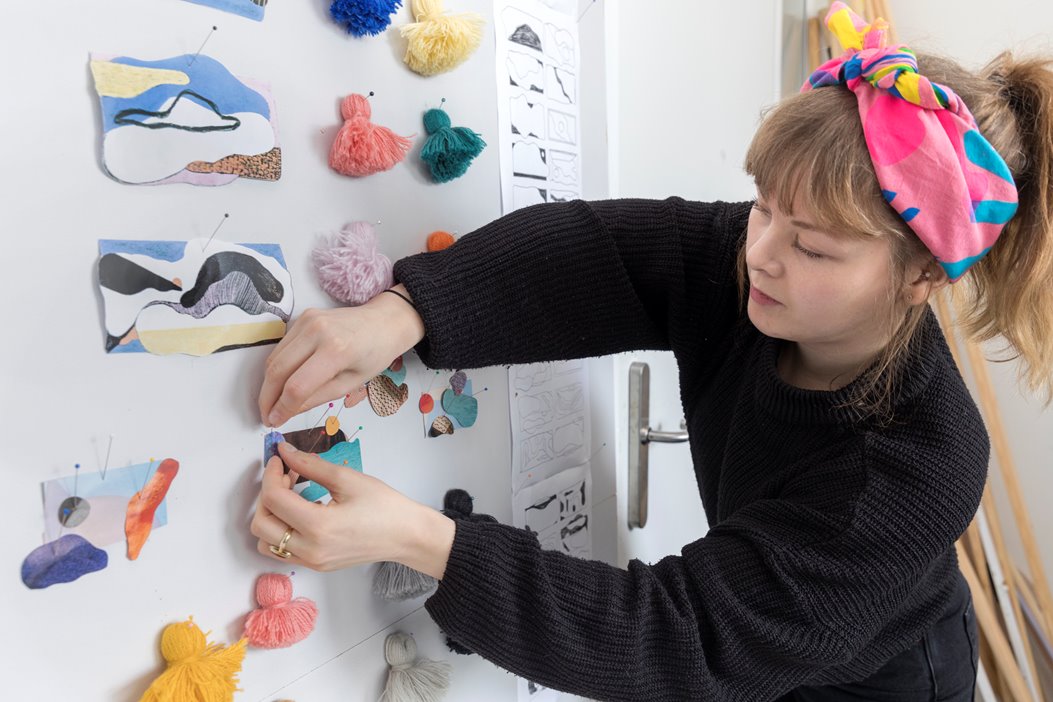 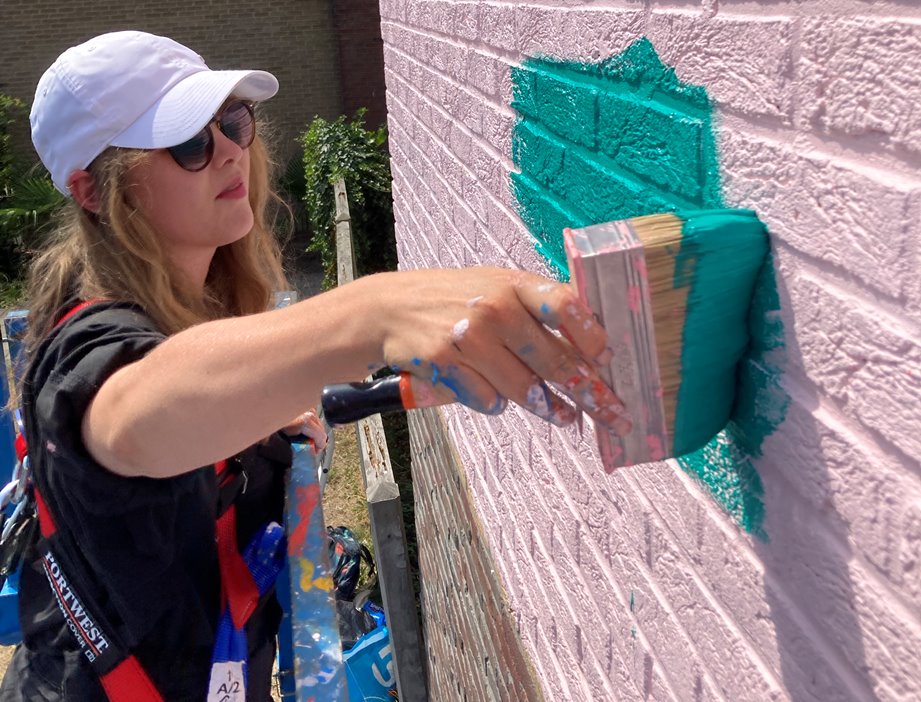 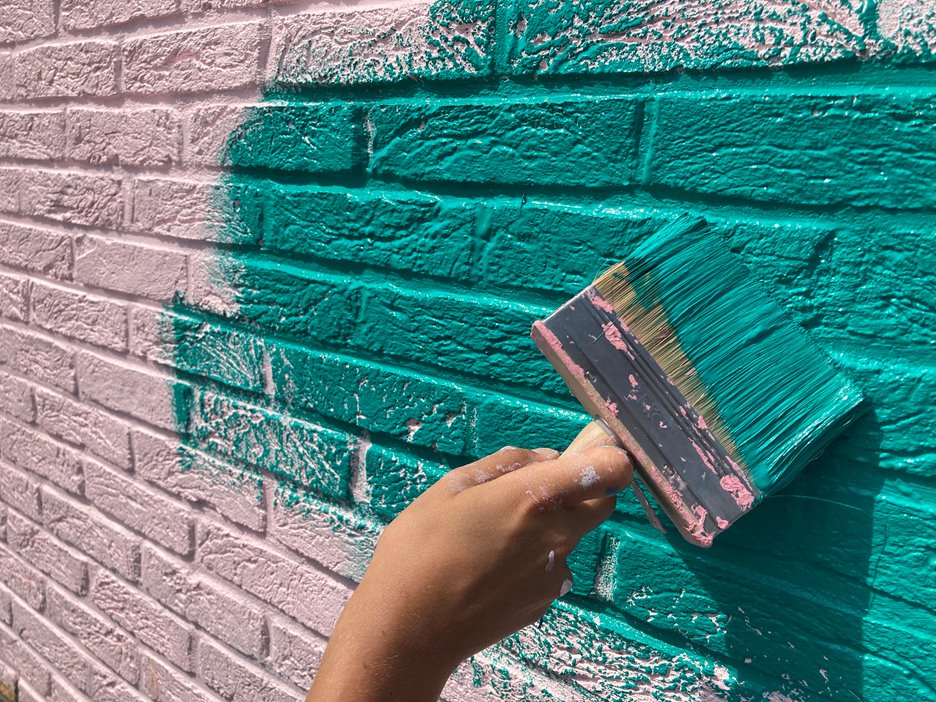 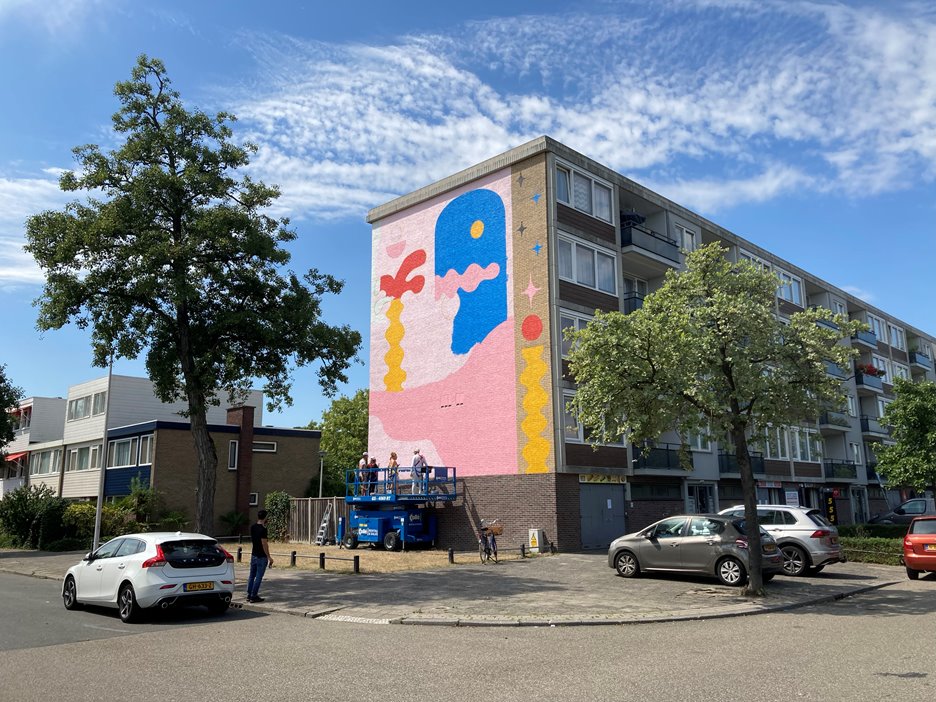 Pride of the neighbourhood
On Thursday 20 October, the work of art was officially revealed with a festive drink, in the presence of the artist, residents of the neighbourhood and Councillor of Culture Eva Oosters. The work is part of a series of murals that are made in the context of Utrecht 900 years. City Canvas invited five young artists with roots in Utrecht to create an artwork that contributes to the pride and living comfort of the area. Earlier this summer, works were added by HKU artists Bruce Tsai-Meu Chong, Aafke Bouman and Samira Charroud.

About the artist
Vincent de Boer graduated in 2010 at HKU Media, in the field of Graphic Design. De Boer rose to international fame through his characteristic painting style, that he has derived from typography and calligraphy. Last year he, the HKU alumnus won the Debut Competition of the Netherlands Film Festival (NFF) with his short animation film animatiefilm The Stroke.